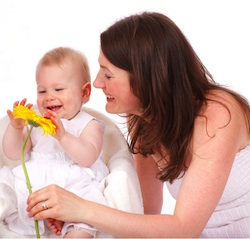 In October 2008, the FDA issued a warning about hazardous side effects women experienced associated with the transvaginal placement of surgical mesh. The placement of the transvaginal mesh has been used to treat conditions such as Pelvic Organ Prolapse (POP) and Stress Urinary Incontinence (SUI). The FDA describes that POP “occurs when the internal structures that support the pelvic organs such as the bladder, uterus and bowel, become so weak or stretched that the organs drop from their normal position and bulge or prolapse into the vagina. […] women with POP often experience pelvic discomfort, disruption of their sexual, urinary, and defecatory functions, and an overall reduction in their quality of life.”

Thousands of women have filed claims against transvaginal mesh companies and manufacturers for complications that include, but are not limited to:

Many women have been forced to undergo various types of additional treatments including surgical procedures, removal of the mesh, IV therapy, blood transfusions, and drainage of hematomas or abscesses. The FDA also reports that many women have suffered a decreased quality of life because of these treatments and/or because of the discomfort and pain produced by the side effects.

Additionally, the FDA reissued a warning in July 2011, saying that “the exposure to greater risk [accompanying the transvaginal mesh procedure] comes no evidence of greater clinical benefit such as improved quality of life.”

“There are clear risks associated with the transvaginal placement of mesh to treat POP,” an FDA official said. “The FDA is asking surgeons to carefully consider all other treatment options and to make sure that their patients are fully informed of potential complications from surgical mesh. Mesh is a permanent implant -- complete removal may not be possible and may not result in complete resolution of complications.”

The complications have not been linked to any single brand of mesh. Between January 2008 and December 2010, the FDA received over 1,500 new reports of serious transvaginal mesh side effects in women treated for POP and SUI, including three fatalities. Symptoms and severity vary: there are reports of constant burning pain from knees to navel; one woman is now on long-term disability due to the pain allegedly caused by the vaginal sling she received in 2010; One patient complained that her vaginal sling had loosened and pierced her vaginal wall; another reported bits of purple mesh fiber expelled in her urine. Review of these reports revealed the mesh was contracting and shrinking, causing extreme pain. In July 2011, the FDA found women who underwent a transvaginal mesh procedure suffered a risk of potentially life-altering side effects when safer treatment options would have been equally effective.

Since the manufacturers of transvaginal meshes oftentimes failed to warn patients and doctors about this increased risk, women suffering complications may be eligible to file a claim seeking compensation for medical bills, pain and suffering and other damages. We at Thornhill Law Firm have a team of attorneys ready and willing to fight for the highest award possible because we understand the negative effects on your life the injuries from transvaginal mesh have imposed. Call today to schedule a free consultation to discuss your potential claim at (985)641-5010 or toll-free at 1-800-989-2707.